No better body of work describes the world of Connecticut’s Lonny X better than his long-awaited debut album, Full Court Press. 4 years in the making and evolving throughout a number of forms since its conception, this project looks deep within the rising talent’s mindset and life to find an artist characterized best by his relentless determination, hometown pride, and cultivating, to-the-point personality. It’s confidently ambitious energy pushes forth an uncompromised image of Lonny X in his naturally-engaging presence, and overall, fans receive a well-crafted listen that will undoubtedly help prove to the music world that Connecticut has something special on its hands.

Having said that, we had the wonderful opportunity to speak with Lonny X about the inspiration behind the project, his hometown pride, and more. You can read our interview below.

What does the title Full Court Press mean to you? At what point did you decide on that as the name of the album?

Growing up, I wanted to be a professional athlete. I played football for years and excelled, played soccer, all that shit. But basketball changed my whole life. I grew up on And 1 mixtapes and sitting in front of mirrors mimicking hot sauce moves and shit like that. I would take like 500 shots a day in my grandma’s backyard.

I spent this time finding myself. It taught me to isolate myself from everyone and get better in silence. Turned that motivation into a science and just utilized it in life, for the better. But to wrap it up, basketball helped me find myself and “Full Court Press” was a great way to tie in the theme of domination and pay homage to a sport that raised me. I came up with the title in high school. 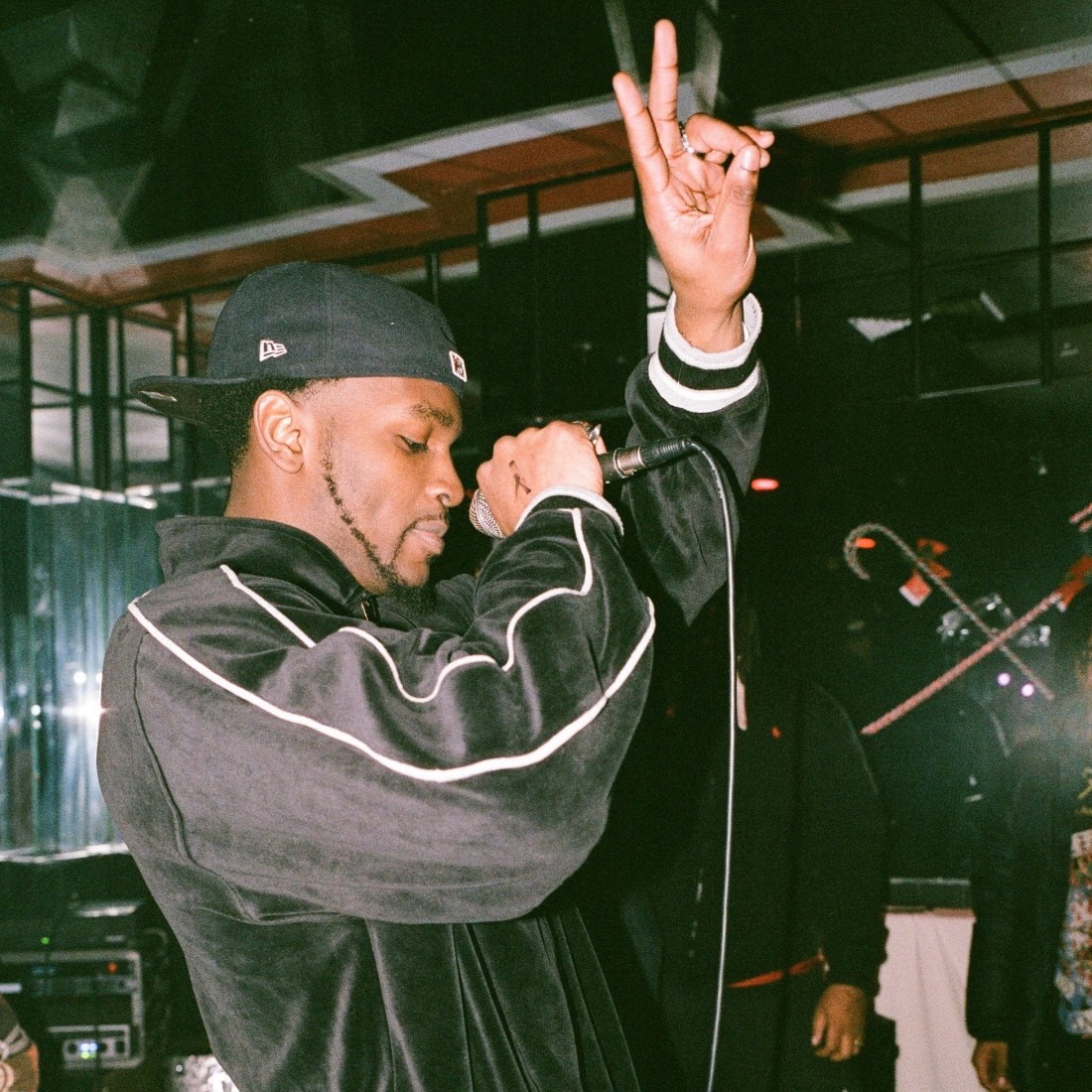 There are many instances on the album where you rep Connecticut. Being one of the state’s top runners right now, do you think the listening experience will be different for someone from CT?

I would hope the listening experience would be entertaining and relatable at times for the average CT listener… I just have a great love for where I come from because it is truly different here – especially being a young black artist. There are no outlets which forces us to create our own or almost get pushed to the wayside.

I never wanted to work a regular job like – I tried. Everyone wants to be important here. I just use my music because it’s the best way to show people the potential of my mind. Above all, I take pride in keeping my shit authentic, so if people relate, that’s beautiful.

You said the album actually took 4 years to reach a final product. What made you feel like this was the right moment to release it and how has the album evolved throughout these four years?

Yeah, it has been 4 years – 4 years to get to this point of artistry, but not four years to make these songs. It truly is only a preview of where I plan to take this journey, but the people needed a Lonny X project and I wanted to give them one – it was overdue.

Considering that it’s two years old, why did you decide to keep “Sauce” on the album? What made you feel that it withstood the test of time and could still contribute to the project as a whole?

I kept that song to bring my fans to a familiar place of how they may have felt when they first heard me. It’s one of the biggest records I ever made and it was on the ORIGINAL Full Court press. This project took on over 6 different forms throughout the years and “Sauce” was on at least 4 of them since I made it. It’s on there for me and for the early fans.

Give us some insight into the working relationship with your engineer and the only featured artist on the album, Jus Lovehall.

Me and Jus are like fam at this point. The first song I ever recorded was at his crib and we never stopped working together. It all happened natural as hell. He’s a genius and the only person I met that I could trust with my vocals, so it’s one of those relationships that will never end – another great thing about music.

Lastly, what does this album mean for the rest of Lazy Boy Records?

This album is really just the knock on the door for what we have to give our audiences this year. Expect polished projects from everyone on the roster.

Thank you to Lonny X and Lazy Boy Records for the interview and thank you to Greg Gaffney for the assist in making this happen and helping out with a few of the questions!