In an effort to help amass some much-needed support for local artists during these unprecedented times, Boston Music Awards and Redefined have announced the launch of Project #thisis617. Sponsored by Jack Daniels, Project #thisis617 is a $10,000 relief fund for artists within the Boston music community where $100 will be given away every single day over the course of the next 8 weeks.

To enter, artists must record a video of themself performing one of their songs from home, then nominate another local artist to do the same. Every day, the Boston Music Awards staff will select one video to be featured on their website, with each featured video being the recipient of $100. To find out more information and to upload your video, simply head on over to thisis617.com/apply to find all relevant information.

If you’re anything like me, you’ve probably been blasting Michael Christmas’ two most recent singles, “Girlfriend” and “Ball“, at obnoxiously loud volumes throughout the past few weeks in anticipation for his forthcoming album, Role Model. Due for release on June 22nd, we’re approaching the drop date quite rapidly, and just this past week, Christmas decided to bring us one step closer by releasing the artwork (as seen above) and tracklist (below) for the album.

15 songs in length, Role Model is already shaping up to be the album of the summer, and alongside newly-unveiled features from Cousin Stizz, G Perico, Domo Genesis, and Tobi Lou, this idea is only reinforced. The music has been stellar as of late, Christmas has been in the studio working, and it looks like we’re about to receive yet another unbelievable LP to add to his resume of releasing unbelievable projects. That being said, peep the tracklist below and get ready for next Friday, June 22nd! 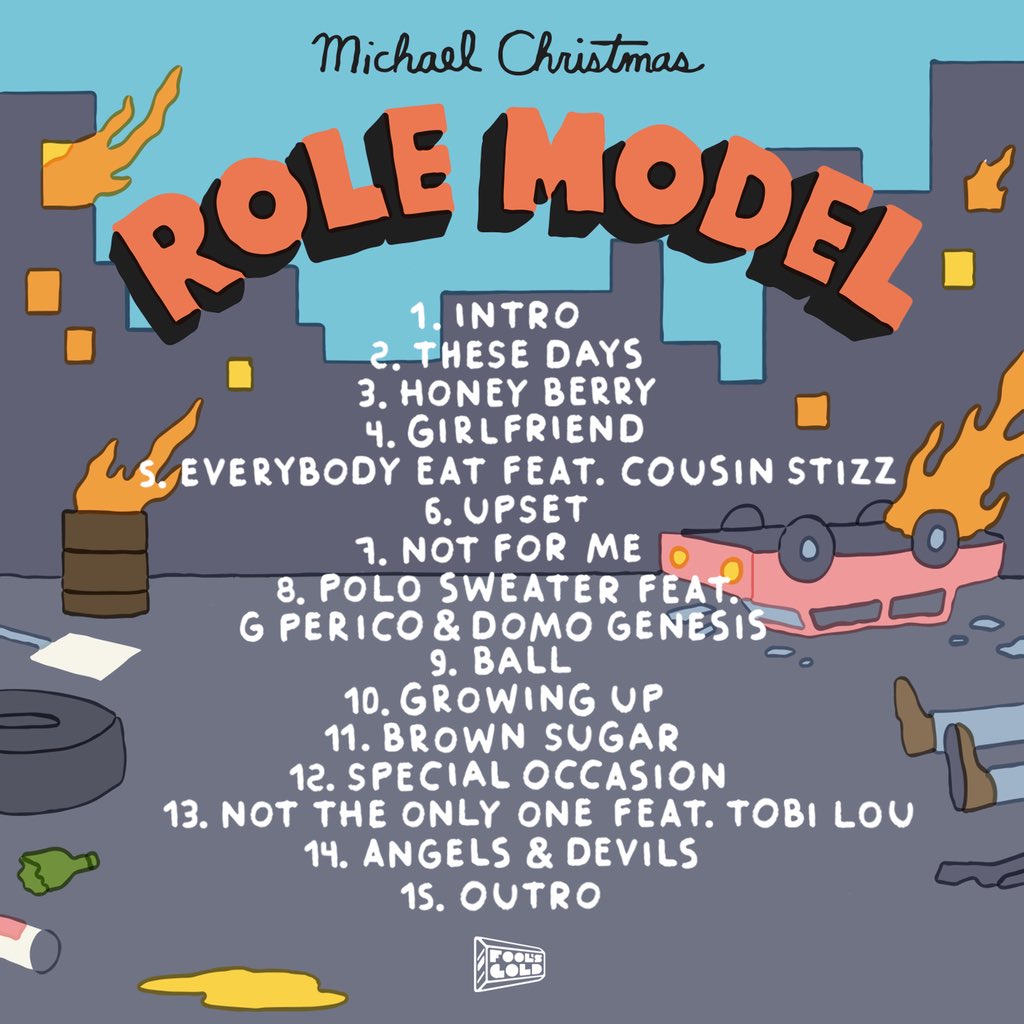